Failure to run Apple's proprietary diagnostic software after a repair "will result in an inoperative system and an incomplete repair." 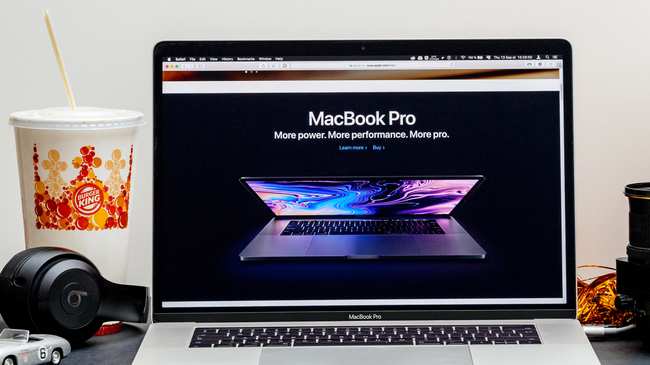 Image: Shutterstock
Update: iFixit testing has found that Apple’s software locks are not yet operative. “This service document certainly paints a grim picture, but ever the optimists, we headed down to our friendly local Apple Store and bought a brand new 2018 13” MacBook Pro Touch Bar unit. Then we disassembled it and traded displays with our teardown unit from this summer. To our surprise, the displays and MacBooks functioned normally in every combination we tried. We also updated to Mojave and swapped logic boards with the same results.
That’s a promising sign, and it means the sky isn’t quite falling—yet.”
iFixit concludes that Apple has a “kill switch” in the new MacBook Pros. The service bulletin Apple sent to AASPs is genuine, but is not yet operational.
The original story follows below:
Apple has introduced software locks that will effectively prevent independent and third-party repair on 2018 MacBook Pro computers, according to internal Apple documents obtained by Motherboard. The new system will render the computer “inoperative” unless a proprietary Apple “system configuration” software is run after parts of the system are replaced.
According to the document, which was distributed to Apple’s Authorized Service Providers late last month, this policy will apply to all Apple computers with the “T2” security chip, which is present in 2018 MacBook Pros as well as the iMac Pro.
The software lock will kick in for any repair which involves replacing a MacBook Pro’s display assembly, logic board, top case (the keyboard, touchpad, and internal housing), and Touch ID board. On iMac Pros, it will kick in if the Logic Board or flash storage are replaced. The computer will only begin functioning again after Apple or a member of one of Apple’s Authorized Service Provider repair program runs diagnostic software called Apple Service Toolkit 2.
“For Macs with the Apple T2 chip, the repair process is not complete for certain parts replacements until the AST 2 System Configuration suite has been run. Failure to perform this step will result in an inoperative system and an incomplete repair,” the document reads. MacRumors reported the new policy earlier today.

Image: Apple
A separate internal training presentation obtained by Motherboard about how to use the diagnostics states that the “Apple Service Toolkit and Apple Service Toolkit 2 are available only to persons working at Apple-authorized service facilities.” This means that it will become impossible for you to repair your new MacBook Pro at home, or for an independent repair provider to repair it for you.
[Do you know more about Apple's new repair policy? Are you an Apple Authorized Service Provider or an independent repair professional who will be affected? You can reach the reporter via email at jason.koebler@vice.com or securely on Signal: 347-513-3688.]
The AST 2 System Configuration suite is a diagnostic software that Apple uses to ensure that the computer is functioning properly. It includes the Mac Resource Inspector, which does a “quick health check of hardware and software,” as well as tools that check the system’s memory, display, power adapters, cooling system, and other aspects of the computer. It functions only if connected to Apple’s Global Service Exchange (GSX), a Cloud-based server that Apple uses to handle repairs and service. It requires a login from Apple to access. 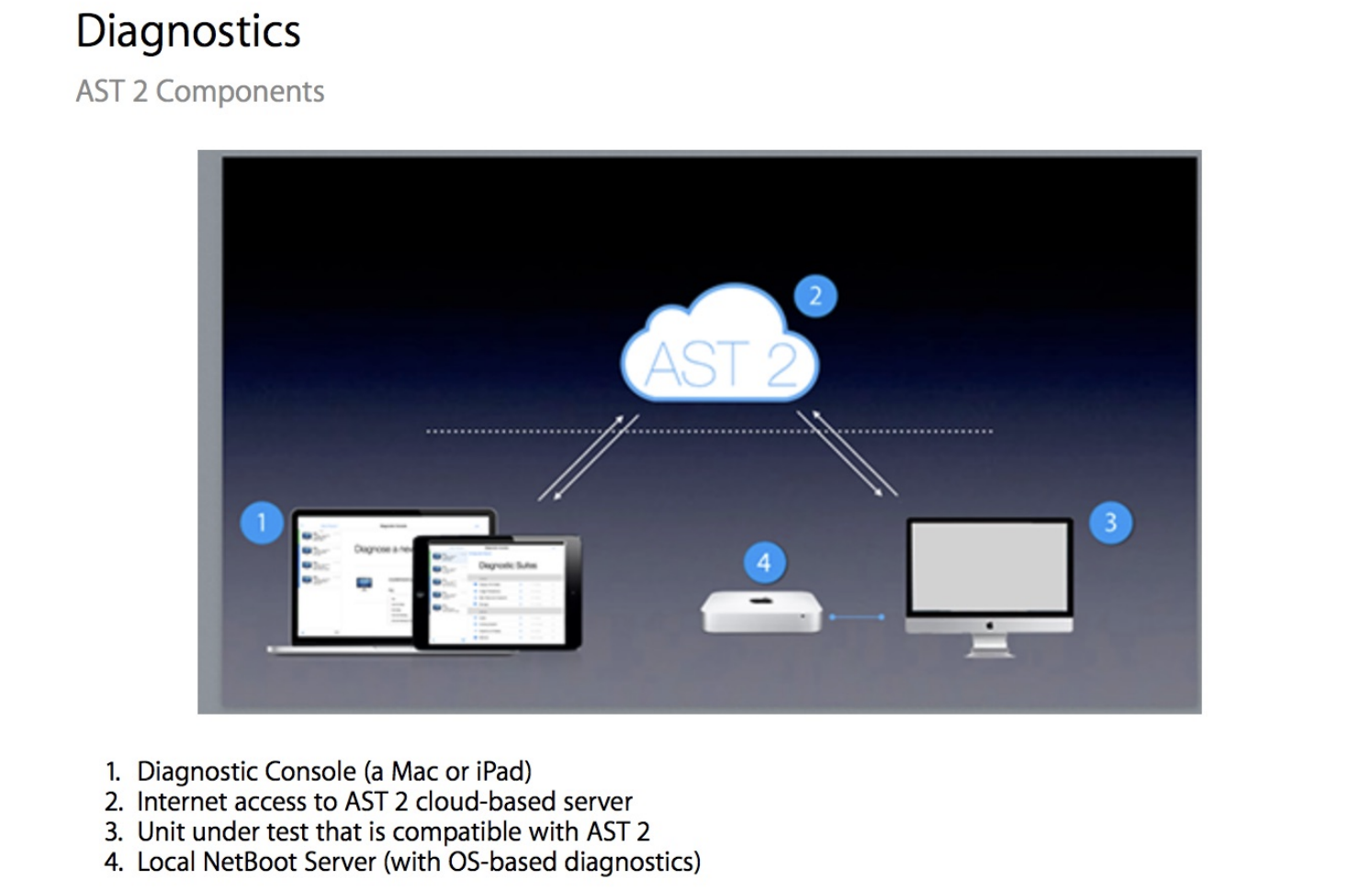 Image: Apple
This is a repair model that is similar to that used by John Deere and auto manufacturers, who often prevent owners from repairing their own tractors or cars without specific diagnostic codes or software that allow a replacement part to connect with the rest of the device. Apple took a similar tact with Touch ID on recent iPhones—the Touch ID feature would not work with replacement home buttons until it went through a so-called “Horizon Machine,” which Apple uses to re-map a new Touch ID button with the old device.
But this move goes further than that, effectively preventing most independent repairs on new MacBook Pros. 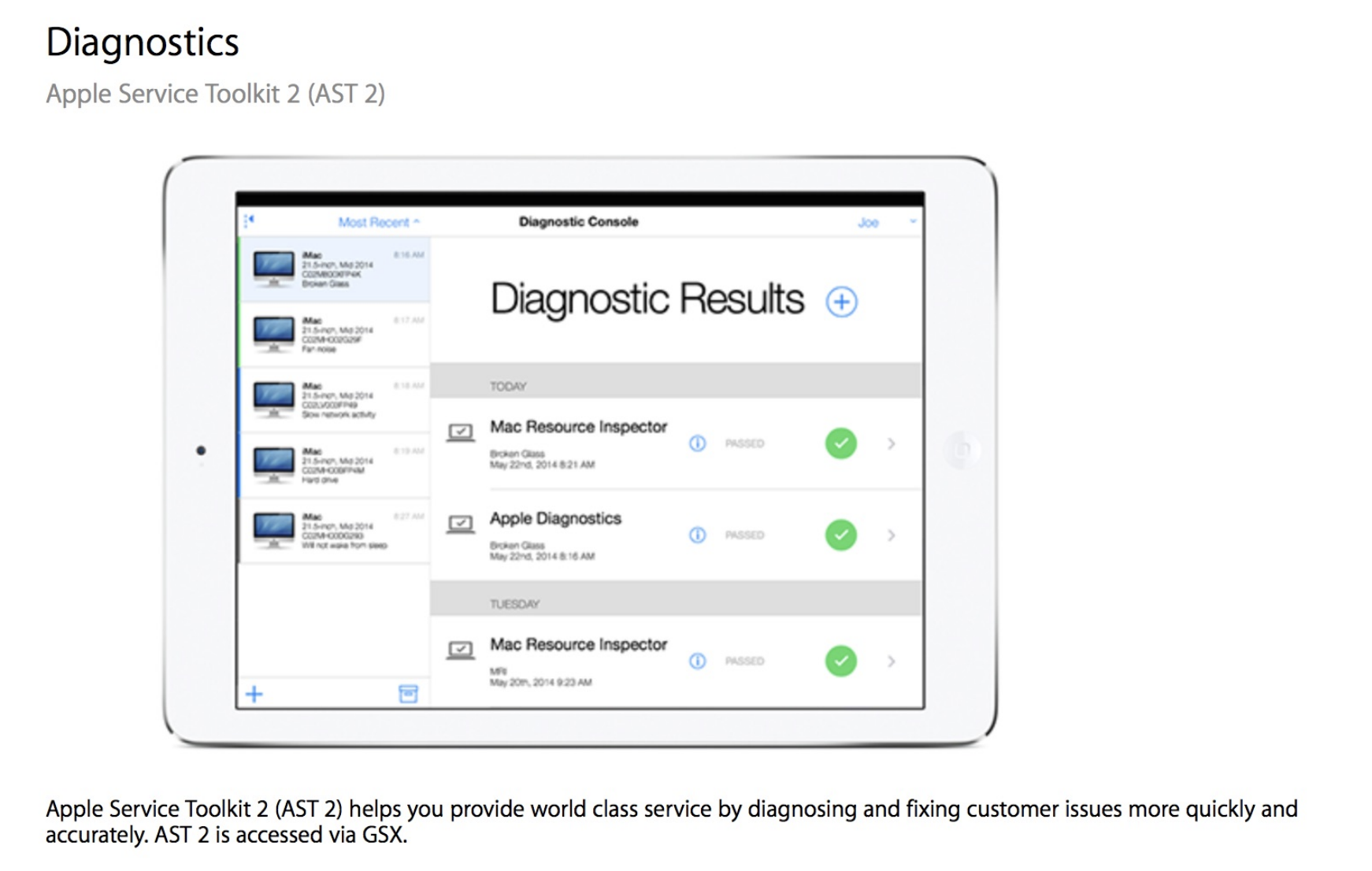 Image: Apple
“There’s two possible explanations: This is a continued campaign of obsolescence and they want to control the ecosystem and bring all repair into the network they control,” Kyle Wiens, the CEO of iFixit, told me on the phone. “Another is security, but I don’t see a security model that doesn’t trust the owner of the device making much sense.”
Apple did not immediately respond to a request for comment.
Currently, 19 states are considering so-called “Right to Repair” legislation that would require device manufacturers to make repair parts, tools, repair guides, and diagnostic software available to the public. Apple is fighting this legislation; public records show that Apple is lobbying against the bill in New York, where lobbying records must be disclosed to the public.
Wiens said that, currently, there is a thriving independent market for MacBook repair, and that this move fundamentally threatens many small businesses and, down the line, may impact school districts, which often have to repair computers used in classrooms at scale. Not everyone lives near an Apple Store or authorized service provider, so it may also make repair much less accessible for people living in underserved areas.
“This is a portion of the ecosystem that has been very healthy. Independent repair companies have been fixing MacBooks undaunted by the user-hostile activities Apple has taken,” Wiens said. “It could be really detrimental to schools, to people who live in rural areas. If they stick with this, it seems like a huge argument in favor of right to repair.”
Posted by Vista Computer Repair at 6:29 AM